The Bin And The Banana Skin: A Story About The Problem Of Trying To Change Habits

When I was first training to be a Business & Personal Coach we were told the following story during one of our seminars by one of the guest speakers, which I like to call The Bin and The Banana Skin:

‘When I worked in an office, everytime I went into the kitchen I remember thinking that the bin was in a really silly place in the room. It was on the opposite side of where it should be and it made no sense for it to be all the way over in the corner away from everything, and so one day I decided to move it closer to the door as it just made more sense and would be easier to access, so people weren’t dropping their rubbish all over the floor trying to get to it.

However, for about two months after I made that conscious choice to move it to a more convenient place I found myself continually walking into the kitchen during my break, walking straight past where the bin was now located and trying to drop my empty banana skin from my mid-morning snack into the place where the bin used to live’.

This story well and truly stuck in my head because, although the topic of change was about something incredibly small, the outcome and learning from it was huge. I could also completely relate to it, as I’m sure you could too. How many of us decide to move the place where we put our keys/ put our toothbrush / put our gym bag / put our papers on our desk in a certain filing system, and are then forever finding ourselves in the first instance going to the place where we always used to store it, before shaking our head at ourselves and realising we had decided to move it to somewhere else?

The Bin and The Banana Skin story has a big lesson within it if you take the time to realise it’s there:

When you decide to make a change for the better, the whole process isn’t done and dusted in that one moment of you deciding to make that decision. You have to continually and consciously remind yourself of this change that you want and the new way that you need to act or think to make it be effective, until your old habit has been superceded by the new habit.

Our brains act on autopilot in order for us to go about most of our daily lives. That’s why in the story above she kept going back to where the bin used to be in the kitchen for two months after she had moved it.

Everytime she walked into that kitchen her brain was in ‘autopilot habit mode’ in which the pathway that she had previously built had said ‘the bin is in the far corner of the kitchen’, and so without fail that was where she would end up when she wasn’t consciously thinking about the action she was taking, and then finding herself frustrated looking at an empty spot on the floor and realising she had just walked right passed the bin at the door.

Why Am I Sharing This With You?

The Bin and The Banana Skin fantastically demonstrates the disconnect that occurs throughout our daily lives between when we make a decision of change for all the right reasons because it’s the best thing to do, but then we can’t seem to get it together and consistently act the way we intend and want that’s in line with that decision,

The importance of this story translates into every area of life, no matter how big or small, in which you’ve decided to replace an old habit with a new one. Making any kind of change takes a times, patience and effort and central to its success has to be a consistency in your thoughts and actions as the days and months progress.

Let’s look at the following couple of examples; 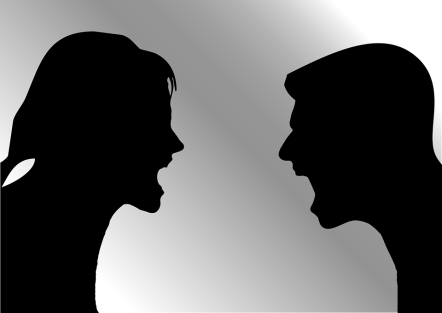 You’ve been with your partner for five years and frequently argue, and you know that getting angry and shouting at them isn’t conducive to having a productive conversation for you to both solve the issue. You’ve decided this way of communicating has to change and so when your feel your anger levels rising:

Do you think your habit of five years is going to suddenly disappear from that single moment when you were sat down alone thinking about the problem and made the decision to change your behaviour from that point forward?

Do you think you won’t have to consciously think about and tell yourself to stay continuously calm throughout the future conversations you will have with your partner? 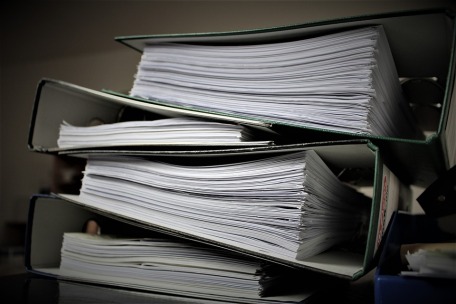 You’re a manager of a team and tend to micro-manage everything and find it hard to delegate tasks because you don’t believe your team can do what you’ve asked of them to the high standard you require. You end up spending lots of extra hours at the office doing most of the work yourself and are constantly tired and stressed. You want a better work/life balance and for this change to happen you’ve decided you need to delegate more effectively and trust your staff and their skills. In moments when you find yourself about to say to one of your team ‘leave it with me, I’ll do it’ you instead:

Do you think that because you’ve now made that decision to make this change when you were having a reflective moment sat at your desk that from that point forward your old way of micro-managing your team, which you’ve ingrained in your management style for months or years, will suddenly stop and that you’ll be able to carry out this new way of managing them without a second thought?

Unless you’re actually a robot, in which case you would of course get all of the above right first time without having to think about it (although I would also hazard a guess to say that you and Arnold Schwarzenneger are also best mates)…

…..as a mere human being you’re going to have to keep it at the front of your mind that after making a conscious choice to make the change, it then needs to be followed up by continual conscious actions and thoughts to re-inforce that decision and to stick to it to make sure your new habit is formed. It could take days, weeks, months and maybe even a few years (depending on how big the habit change is that you are wanting to make), and so perseverence and repetition so you can keep practising to get it right is key here.

Developing Your Strategy For Change

So if you’re wanting to make a distinct change to a habit that you have, then have a go at the following steps:

However, it is really important to remind yourself that this is a process.

It takes time, and on some days you might take two steps forward and one step back.

You won’t get it right at each and every single opportunity, and thats okay, don’t be too hard on yourself. As long as you recognise when you didn’t react how you would’ve liked and keep being conscious in your actions to change that behaviour the next time then you’re on the right track!